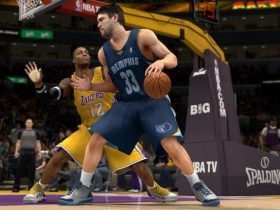 As mainstream media began to pick up on the social experiment phenomenon TwitchPlaysPokémon, the surge in participants has been placing “enormous stress” on the service’s chat system, according to Jason Maestas, Twitch’s director of customer experience.

The experiment’s creator had already noted that there was “considerably” input lag, meaning that commands were taking nearly 40 seconds to register, although Twitch have been working hard to rectify such issues.

“The unique nature and huge chat participation in the TwitchPlaysPokémon experiment has put enormous (and unforeseen) stress on our chat system,” Maestas commented on the service’s official blog.

“Our first adjustment on Sunday was to move the channel off of our general chat servers onto a dedicated event chat server, which we typically use for large events like The International and League Championship Series (LCS). This helped, but there were some fundamental issues with our chat infrastructure that required a review.”

He closed, “We LOVE TwitchPlaysPokémon and we want to see where this grand experiment leads us all. While it plays itself out, we’ll continue to hammer away at our chat system and make sure it holds up to the load.”