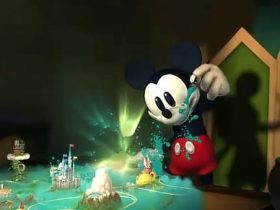 TwitchPlaysPokémon took the Internet by storm last year, the social experiment requiring the combined efforts of stream viewers as they battled their way through Pokémon Red.

That sensation has now sparked a visual novel parody in Twitch Dates Pokémon, with ‘Week 1’ now available to download on Windows, Mac and Linux.

The project was inspired by TwitchPlaysPokémon fan art that envisioned what it would have been like as a dating simulation, with TableFort Studios looking to fulfil such idea. Players assume the role of Burrito, an Espeon that enrols at Twitch Academy where you meet classmates, attend classes, and look to see which of the seven dateable Pokémon make you swoon.

Choices made within the game’s relationship system will carry across to the next instalment, although this hasn’t yet been dated.