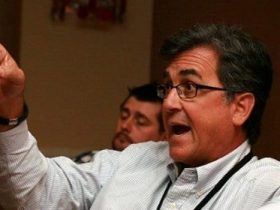 Pachter: Nintendo will fail to exceed 3DS supply demand until 2012

That sees them continue with Pokémon Platinum, an enhanced remake of Pokémon Diamond and Pearl which first released on Nintendo DS in 2008. Trainers continued to journey through the Sinnoh region, with the game introducing dual Ghost and Dragon-type Legendary Pokémon Giratina. It went on to achieve more than 7 million sales worldwide, which is a fairly impressive feat!

They’re also running Pokemon Stadium 2 alongside this, where viewers can bet virtual money toward the outcome of the matches. Bets themselves can only be placed in the pre-match phase, but it’s a nice aside to the main event.

You can watch Twitch Plays Pokémon’s progress with the game below: