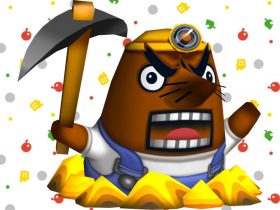 Mr. Resetti Has Lost His Job In Animal Crossing: New Horizons Thanks To A New Auto-Save Function

QubicGames and Applava have announced that Blazing Beaks will release on Nintendo Switch next week, a rogue-lite twin-stick shooter in which you can unleash your inner bird.

With eight different birds to play as, you must use your one-of-a-kind bird skills to obliterate hordes of mutants, monsters, and other creepy creatures.

Whether playing solo or with friends in local co-op, in the Story mode you must explore randomly generated levels crammed with secrets to uncover powerful artifacts that will prey on your greed and eventually lead to your annihilation.

There’s a special Seeded mode that lets you restart an adventure with identical settings if you want to. Whereas a competitive Tournament mode will see you battle it out with friends to determine who’s King of the battlefield.

Blazing Beaks will release on the Nintendo eShop for Nintendo Switch worldwide on May 10th priced at €14.99 ($14.99).