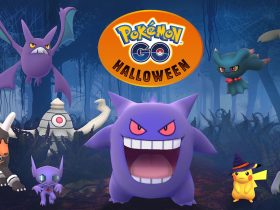 Niantic has announced when the next Pokémon GO Community Day will take place and that Turtwig will be the featured Pokémon.

The Community Days are monthly events that feature a special Pokémon that will appear frequently around the world for a few short hours. And, if caught during the event, the Pokémon will know an exclusive move.

That exclusive move remains unknown at this point, but the Tiny Leaf Pokémon can be evolved into Grotle and then Torterra, for those that still need to complete their Pokédex. As with previous Community Days, Shiny Turtwig are likely to spawn.

The Community Day will take place between 11am – 2pm on Sunday 15th September 2019, and Niantic has confirmed that, during the event hours, players can earn three times as much Stardust compared to normal and Lures will last for three hours.