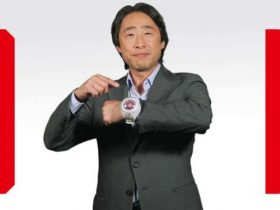 Team17 has teamed up with Tencent Games’ NExT Studios to release their turn-based role-playing game Crown Trick on Nintendo Switch.

Steeped in strategic, synchronous, turn-based gameplay, the upcoming game is set in the daunting Nightmare Realm.

This labyrinthine, underground world is packed with monsters, whose decisions and actions are only revealed once you make your moves.

With hundreds of weapons, skills and items to customise and evolve your combat style, your continued progression will reward you with access to high-level skills – Familiars – which you secure from the elite monsters that roam the dungeon.

“As we prepared Crown Trick for its release, we wanted to ensure we found a partner that could maximise its success outside of mainland China,” explains NExT Studios producer Stephen Lin.

“With its strong sense of spirit and track record of success, we could not think of any better than Team17. Crown Trick’s imaginatively unique synchronous gameplay, coupled with roguelike action, is a compelling and strategic experience, and we’re looking forward to launching it in the West with the support of Team17.”

Team17 head of publishing Max Everingham adds: “Crown Trick is roguelike royalty, a beautifully realised and unique experience thanks to its mix of gameplay features, and fits perfectly with our portfolio of titles.

“The Nightmare Realm, its traps and monsters, and its procedurally generated maze provide a deadly and compelling environment for strategy and RPG fans alike.”

Crown Trick will release on the Nintendo eShop for Nintendo Switch worldwide in Q3 2020.