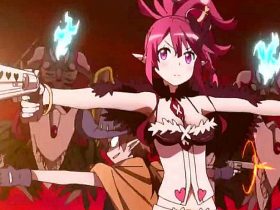 The Pokémon Company president and CEO Tsunekazu Ishihara has once again spoken about bringing the pocket monster series to Nintendo Switch.

He explains that if the mainline series were to release on the portable home console, they would have to reconsider the approach that they have previously taken in the past. There is also room to consider spin-off titles such as Pokkén Tournament and the Pokémon Mystery Dungeon series if they “make sense for the hardware.”

While Ishihara is notably vague, rumours have swirled that Pokémon Stars is in development for Nintendo Switch.

“Until now we’ve developed Pokémon exclusively for portable games consoles. With no connection to home-play, a pro for portable consoles has been trading and battling with friends on the go,” Ishihara explained to Toyo Keizai (translated NeoGAF‘s StreetsAhead.

“The [Nintendo] Switch, however, being a portable home console, has some different qualities compared to portables. The screen is bigger, the specs are higher.

“Because of that, if we are to release Pokémon on the Switch, we cannot go about software the way we have been so far. Apart from mainline Pokémon games, we also develop spin-off titles like Pokkén Tournament, a fighting game, and Mystery Dungeon, a dungeon crawler.

“From among those titles, I am thinking it is a good idea to support, in turn, the ones that make sense for the hardware. My apologies but at this time, however, I am not in a position to announce anything specific.”