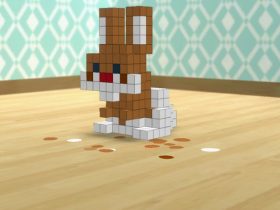 Square Enix has released a new gameplay trailer for Trials of Mana on Nintendo Switch.