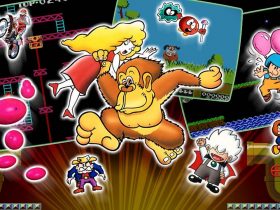 SOEDESCO has announced that Adam’s Venture: Origins will release on Nintendo Switch.

Set in the roaring 1920s, you play as the explorer Adam Venture and must travel the world with your companion Evelyn to unravel the secret of Eden.

That will see you descend into ancient ruins in Europe and the Middle-East inside which you must solve intricate puzzles to discover mysterious locales.

The evil Clairvaux Corporation oppose you in your efforts, whose dark plans threaten to unleash chaos upon the world.

Adam’s Venture: Origins will release at retail and on the Nintendo eShop for Nintendo Switch worldwide on 29th May 2020.