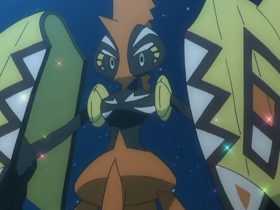 How To Catch Tapu Bulu, Tapu Fini And Tapu Lele In Pokémon Sun And Moon

Transformers: Rise of the Dark Spark is now but a week away from release, and Activision have shared details about the game’s co-op multiplayer survival mode, Escalation.

More notably though, the key detail that they have revealed is that it won’t be included within either the Wii U or 3DS versions. That’s more of an expectation for the handheld instalment, but once again demonstrates another third-party title failing to help drive multiplayer activity through the Nintendo Network. Why buy the Wii U version when it’s not as fully-featured as the console’s competitors?

The mode, which once unlocked will eventually see 40 playable characters available to you, challenges you with surviving hordes of enemies before squaring off against their leaders. You must work together with your teammates by upgrading your weaponry, placing turrets, deploying decoys and barricading your position behind fortifications.

Transformers: Rise of the Dark Spark will release for Wii U and 3DS across North America June 24th, and Europe on June 27th.