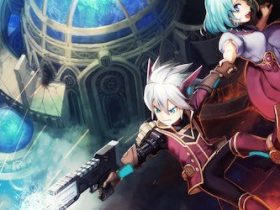 Oddworld Inhabitants will release Oddworld: Stranger’s Wrath on Nintendo Switch, with Nintendo revealing that it will be one of the Indie Highlights games that are playable on the Nintendo stand at EGX 2018 this month.

In this action-adventure game, you play as the Stranger – a mysterious bounty hunter who must earn enough moolah to pay for expensive surgery to treat something that’s very wrong with your health. The nature of your illness remains a secret and, as you will eventually find out, that’s for a good reason.

After accepting missions from the Bounty Store, you will set out to hunt down your target. The better the bounty, the bigger the reward. You will come to rely on the live ammo that you can launch from your crossbow – whether that be using Chippunks to distract enemies, encasing them in Bolamite webbing or destroying them with Stingbees.

After it was first released on the original Xbox in 2005, the game later made a return on other platforms such as PC, PlayStation 3, PlayStation Vita, iOS and Android.

Oddworld: Stranger’s Wrath will release on the Nintendo eShop for Nintendo Switch worldwide.