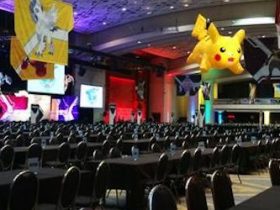 That sees Toon Zelda inhabit a Darknut to allow her to take to battle, while Toon Link can wield the new Sand Wand weapon. That sees the hero slam opponents with cubed sand blocks, and bombard them with cannonfire after somehow summoning the train used in Spirit Tracks.

The add-on content is rounded off with a new Adventure Mode map, and 15 new My Fairy costume pieces.

The last add-on content will be the A Link Between Worlds Pack, that will add two new playable characters, 15 new My Fairy costume pieces, a new Adventure Mode map, an Adventure battle, and two Challenge battles.