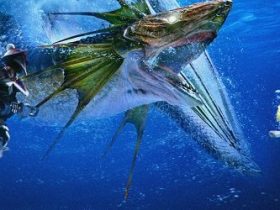 How to transfer Monster Hunter 3 Ultimate save data

THQ are currently working on two unannounced titles for Wii U, one of which is a console exclusive.

Such information was found on Senior Producer Evan Icenbice’s LinkedIn profile, on which he writes that he is “directly managing three (3) unannounced titles set for release in 2012: TBD (Wii U/3DS/Wii/PS3/360) TBD (Wii U) TBD (360/PS3/Wii/DSi)”.

Icenbice has previously worked on THQ’s uDraw Studio for Wii, so will surely be looking to bring such experience across to the tablet controller design of Wii U.

THQ previously confirmed that they were to release Darksiders II and Metro: Last Light on Wii U, the former expected to be available at launch.