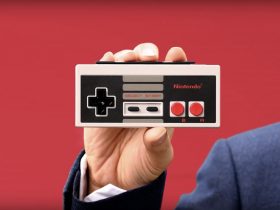 THQ Nordic has announced that Battle Chasers: Nightwar and Sine Mora EX are in development for Nintendo Switch, news that was shared in this week’s Nintendo Direct.

Battle Chasers: Nightwar is an RPG inspired by console classics and based on the Battle Chasers comic book series, and began life as a successful Kickstarter project. Developed by Airship Syndicate, it nearly smashed all stretch goals and promises deep dungeong diving, JRPG-inspired turn-based combat and is being created by a team with staff that have previously worked on the Darksiders series.

As outed by Brazil’s Ministério da Justiça, Sine Mora EX will also see release on Nintendo Switch. The diesel-punk shoot ’em up is being co-developed by Grasshopper Manufacture and sees players take to the skies to endure bullet hell – with a unique mechanic letting you manipulate time.

“We are extremely excited to be amongst the first to bring third-party games to this stellar and innovative platform. We feel like both, Sine Mora EX and Battle Chasers: Nightwar, are perfect fits for Nintendo Switch in terms of gameplay, style and looks,” enthused Reinhard Pollice, THQ Nordic business and product development director. “We are already looking forward to enjoying these games on our Switch as well!”