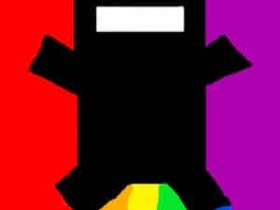 THQ already have Darksiders II running on Wii U, with developer Vigil Games having reportedly spent five weeks making a build for Nintendo’s latest home console ahead of its reveal during their E3 Media Presentation.

“We have Darksiders II completely running on the Wii U right now,” stated Danny Bilson, THQ Core Games’ Executive Vice President. “It took about five weeks. Coming into the show we were ready to go. We could have demonstrated it on the hardware but they [Nintendo] decided not to have full games shown in the booth.”

Nintendo have received some flak having revealed that a third-party showreel for the Wii U, shown during their E3 Media Presentation, comprised of Xbox 360 and PlayStation 3 footage.

Bilson continued, “But if you were to go into Vigil in Austin, Texas right now, Darksiders II is fully running on the new hardware. The Darksiders team was one of the first teams to get dev kits. We’ve had dedicated engineers on it working seven day weeks leading up to the show.”

“I’ve got all the emails. We now have it running with the controller. So we could have shown it. Some of it is still in flux,” Bilson added. “There are still some improvements to be made to some parts of it.”

With Nintendo remaining to confirm the full technical specifications of the Wii U, it makes comparisons with the PlayStation 3 and Xbox 360 in terms of graphical prowess difficult.

Bilson did comment that it would “absolutely” look as good as its competitors, however.