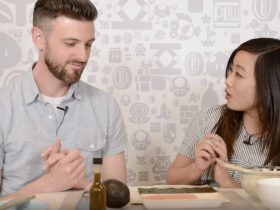 Nintendo Minute Battles It Out In Sushi Striker: The Way Of Sushido

THQ Nordic has revealed that This is the Police will see release on Nintendo Switch, letting players become lost in a story of corruption, crime and intrigue.

You will take on the role of gritty police chief Jack Boyd, coming face to face the ugly underbelly of Freeburg. Your mission is clear – challenging the player to make $500,000 in the six months before Boyd reaches retirement.

However you do that in this dark story is entirely up to you, with your choices influencing the game and, ultimately, Boyd’s eventual fate – with Duke Nukem’s Jon St. John voicing the character.

It is up to you to find the bad guys and decide how to deal with them, with your duties seeing you respond to emergencies, managing your officers, defending the department against a corrupt mayor in City Hall, or being wary that the mafia is always puppeteering from the shadows.

This is the Police will see release on the Nintendo eShop for Nintendo Switch.