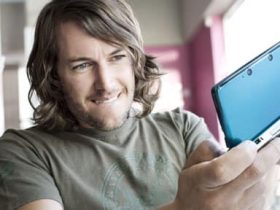 Having last week announced a price reduction for Wii U across Europe and North America, Nintendo have reiterated that there are no plans to introduce a Wii U Ambassador Program for early adopters.

Fans hoped that the company would emulate the 10 NES and 10 Game Boy Advance titles provided to those that purchased the Nintendo 3DS in the six months prior to the handheld’s price drop, though Nintendo of America president Reggie Fils-Aime has reiterated this isn’t being considered.

“The focus on making sure that this holiday, [the Wii U’s] second holiday, is really strong is actually quite consistent with the way that we always thought about our hardware launches,” Reggie explained. “Look at Nintendo 3DS. We lined up Mario Kart 7 and Super Mario 3D Land to make sure that its second holiday was as strong as possible.”

Kotaku‘s Stephen Totilo responds, “Right, but with that one, the precedent set there was that you guys dropped the price by a third, I think under the recognition that the machine wasn’t moving. And then, once that happened, that seemed to really propel it along.

“But, I mean, the Ambassador program and all that certainly sent a signal to me that Nintendo had miscalculated the appeal of the system at its initial price point. Lowering it seemed to solve it, right? Lowering it dramatically and doing those types of things [worked]. Are you guys doing any sort of Ambassador program for Wii U owners to thank them for coming in early and withstanding some of the [software] drought?”

So, there’s that idea nullified then.