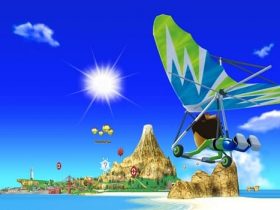 Square Enix have announced that they are to bring Theatrhythm Final Fantasy to Europe, PAL territories and North America.

The Nintendo 3DS exclusive celebrated the greatest music from the 25 years since the release of Final Fantasy since 1987, and will feature over seventy scores proving a must-have for fans of the series.

Theatrhythm Final Fantasy is rhythm-based title that sees the player respond to on-screen actions, choosing four Final Fantasy heroes that set out to conquer a series of Field, Battle and Event stages.

Your progression rewards you with new music, FMV scenes, and additional content plucked from across the series’ history.

Theatrhythm Final Fantasy will release exclusively for Nintendo 3DS across Europe and North America in Summer 2012.