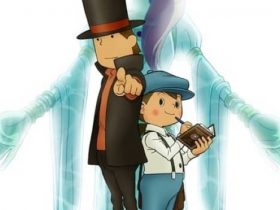 Put your Professor Layton knowledge to the test

Following in the footsteps of Alexandra Burke, JLS, One Direction and, dare I mention it, Jedward, Nintendo have unveiled their latest television advertisement campaign features The Saturdays.

The British girl group are to actively boost sales of the Nintendo 3DS by promoting popular pet simulation Nintendogs + Cats, for which their first advert can be seen below.

There’s not much more to say other than that, enjoy!