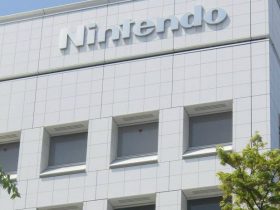 Nintendo has announced that their next entry in The Legend of Zelda series will be the only playable game that the company will present on the E3 2016 show floor.

That will be Wii U version, after it was confirmed that the game has been developed “in tandem” for Nintendo NX.

“Nintendo changes its approach to the show every year,” the company shared today. “This June, Nintendo will focus its attentions on the upcoming game in The Legend of Zelda series.

“The Wii U version of the game will be playable for the first time on the E3 show floor, and it will be the only playable game Nintendo presents at the show, in order to provide attendees a complete immersion. Additional information about Nintendo’s E3 plans will be announced in the future.”

Now delayed into 2017, the Wii U release schedule for the remainder of the year looks barren with only Paper Mario: Color Splash, Tokyo Mirage Sessions #FE, and Mario & Sonic at the Rio 2016 Olympic Games to look forward to.