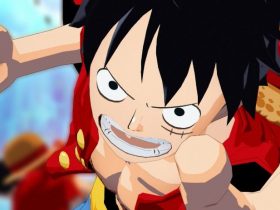 Nintendo Entertainment System – Nintendo Switch Online has, as promised, been updated with new games this month in NES Open Tournament Golf, Solomon’s Key and Super Dodge Ball. But, Nintendo has also thrown in an extra surprise for subscribers.

The Legend of Zelda SP – or The Legend of Zelda: Living the life of luxury! as it is otherwise called – has been added as an unexpected fourth game, described as a “souped-up version” of Link’s first adventure where you start with all equipment, items and 255 rupees.

“In this souped-up version of The Legend of Zelda, you’ll start with a ton of rupees and items!” the game’s description explains.

“You’ll begin with all equipment, including the White Sword, the Magical Shield, the Blue Ring, and even the Power Bracelet. But if Ganon’s still giving you a hard time, the power of money will overcome! Just buy yourself some more items and give it another shot! Beating the game once grants you access to a more difficult version of the game called Second Quest.”

Nintendo will add Metroid, Mighty Bomb Jack and Twinbee to the service in November, with Adventures of Lolo, Ninja Gaiden and Wario’s Woods coming in December.