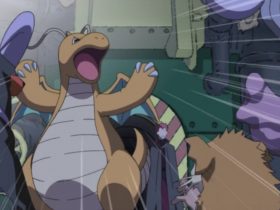 Nintendo have unexpectedly announced that The Legend of Zelda for Wii U has been delayed beyond 2015, as the company looks to “make it the most complete and ultimate Zelda game.”

We most recently heard from series producer Eiji Aonuma that it had reached “a really fun stage of development” where they being able to freely experiment with new ideas. However that’s now come at a cost, with Nintendo reasoning that they’d rather take the necessary time to bring the entirety of their vision to life, rather than see it constrained by an unrealistic deadline.

“Since I declared at The Game Awards in December that the game would launch in 2015, the directors and the many members of the development team have been working hard developing the game to make it the best it can be,” Aonuma shared in a video message.

“In these last three months, as the team has experienced firsthand the freedom of exploration that hasn’t existed in any Zelda game to date, we have discovered several new possibilities for this game. As we have worked to turn these possibilities into reality, new ideas have continued to spring forth, and it now feels like we have the potential to create something that exceeds even my own expectations.

“As I have watched our development progress, I have come to think that rather than work with meeting a specific schedule as our main objective, and releasing a game that reflects only what we can create within that scheduled time, I feel strongly that our focus should be to bring all these ideas to life in a way that will make The Legend of Zelda on Wii U the best game it can possibly be.

“So, I must apologise to you all that were expecting the game by year’s end, but we are no longer making a 2015 release our number one priority. Instead, our priority is to make it the most complete and ultimate Zelda game. I hope to use the added time to make The Legend of Zelda for Wii U into a game that will reward you for your patience, so thank you for your continued support.”