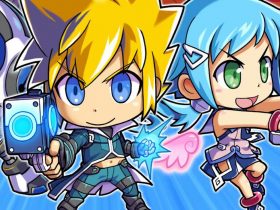 Plug In Digital and The Game Kitchen have announced that The Last Door: Complete Edition will release on Nintendo Switch next week.

Set in Victorian England, this low-res, high-suspense point-and-click horror adventure centers on Jeremiah Devitt who, after receiving a letter from his old schoolmate Anthony Beechworth that hides a cryptic message, knows that something is wrong.

Journeying to an abandoned manor, he starts to remember a long-buried secret from his youth soon discovering things man was not meant to know and opening doors that should have remained closed.

The game is split into eight terrifying episodes of occult and otherworldly horror and comes to Nintendo Switch with new scenes and puzzles, enhanced graphics, unlockable extras, and remastered sound.

The Last Door: Complete Edition will release on the Nintendo eShop for Nintendo Switch worldwide on May 22nd priced at 14.99 ($14.99).