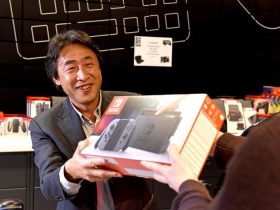 Nintendo Switch Has Outsold Wii U In The UK

Square Enix have confirmed that they will hold an event titled “The Future of Final Fantasy” at the Electronic Entertainment Expo (E3) next week.

Whilst it is unclear as to whether Nintendo will be part of their plans, it is known that the publisher plans to deliver a franchise entry to PlayStation 4.

It’ll be open to press between 9 – 10am PDT on Tuesday 11th June, and is to incorporate a “special Q&A session” with Final Fantasy brand director Shinji Hashimoto.

Square Enix previously shared a tech demo for their next-generation Luminous engine, which will be implemented for the series.