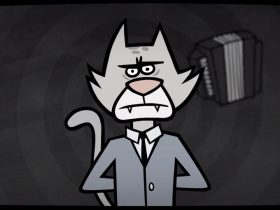 CIRCLE Entertainment and yeo have announced that The Friends of Ringo Ishikawa will release on Nintendo Switch next week.

In this beat ’em up action game, you play as high school gang leader Ringo Ishikawa and experience his final term before graduation with his best friends.

The developer wants you to “feel the story” and recommends the game to players that are fond of good stories with strong dialogue (especially about growing up) or fighting game enthusiasts that are keen to try new mechanics and those into yakuza-delinquent aesthetics.

There’s a town to explore, a day-night cycle, NPCs on schedules, battle grinding, school grinding, mini-games – ping-pong, billiards, video poker, a video game console with one game – and more, meaning that there’s more than enough to occupy your time with.

The Friends of Ringo Ishikawa will release on the Nintendo eShop for Nintendo Switch worldwide on April 4th priced at €14.99 ($14.99), with a 10 percent discount for launch week.