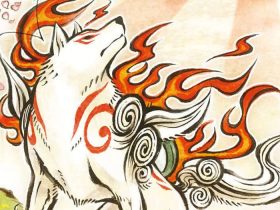 Wield The Celestial Brush In Okami HD On Nintendo Switch

Bethesda Softworks and Bethesda Games Studios have released a new software update for The Elder Scrolls: Blades on Nintendo Switch.

This has added optional motion controls on the portable home console, as well as addressing multiple bugs that the developer has identified.

The Elder Scrolls: Blades is now available as a free download on the Nintendo eShop for Nintendo Switch worldwide.