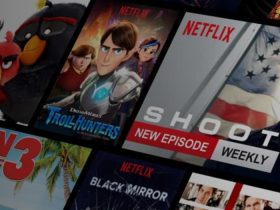 Conversations “On-Going” Around Netflix And YouTube On Nintendo Switch

Prepare to investigate a whole new season of paranormal mysteries in Twin Lakes, as The Darkside Detective: Season 2 has been successfully funded on Kickstarter.

At the time of writing, 1,332 backers have pledged €37,346 to fund the sequel’s development, meaning that Detective Francis McQueen’s investigations at the criminally underfunded Darkside Division.

In this classic point-and-click adventure, you will have the chance to explore six paranormal cases lasting around 45 minutes each that come packed with adventuring fun, quips, clicks, devilish tricks and pop culture references.

The Kickstarter campaign continues, with developer Spooky Doorway looking to reach the first stretch goal at €40,000 to create The Darkside Detective Anthology, a few shorter shorts that explore characters that you meet in The Darkside Detective: Season 1 like The Bloodwolves, Ghouley and McScream, and Raxa.

The Darkside Detective: Season 2 will release on the Nintendo eShop for Nintendo Switch worldwide in February 2020.