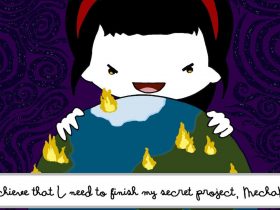 Nintendo have decided against allowing independent video game The Binding of Isaac to release on the Nintendo eShop, citing “questionable religious content” as the reason.

The game’s principle designer Edmund McMillen shared the disappointing news, writing that he believed Steam was “the top dog of digital distribution” due to the fact that it doesn’t require ESRB nor feels a need to censor its published games.

In The Binding of Isaac, players are placed in control of a child that must escape the clutches of his mother, who is out to kill him after the voice of God demands a sacrifice.

“Attention: After a long internal debate Nintendo has decided NOT to allow The Binding of Isaac on the 3DS”, McMillen stated on social media site Twitter. He clarifed the reasons further, “As many assumed the reasons were due to the game’s ‘questionable religious content’.”