The Touryst Releases For Nintendo Switch On November 21st

The world is breaking. Several weeks have passed since the cataclysmic events that closed The Banner Saga. The immortal Sundr known as Bellower has been slain, but that hard-fought victory came at a tragically heartbreaking cost. If anything, I can at least be thankful that I didn’t have to wait long to witness what was to happen next in this Norse-inspired fantasy adventure. The Banner Saga 2 steadfastly marched on to the Nintendo Switch in the weeks after the caravan had first set off on the portable home console.

Whether it was Rook or Alette that you chose to weaken Bellower with the silver arrow, the immediate aftermath of your decision was clear in that the character sacrificed themselves in order for Juno’s plan to succeed. Those that have completed The Banner Saga can import their save to have their actions carry over to the sequel, while those that are starting with The Banner Saga 2 can simply select whether Rook or Alette is the main protagonist in their tale.

In the weeks that have passed, both characters have become overcome with grief. Rook has struggled to come to terms with the death of his daughter, while Alette looks for guidance from Oddlief and Iver as she learns how to lead the caravan as it continues to journey towards the safety of Arberrang, the human capital. 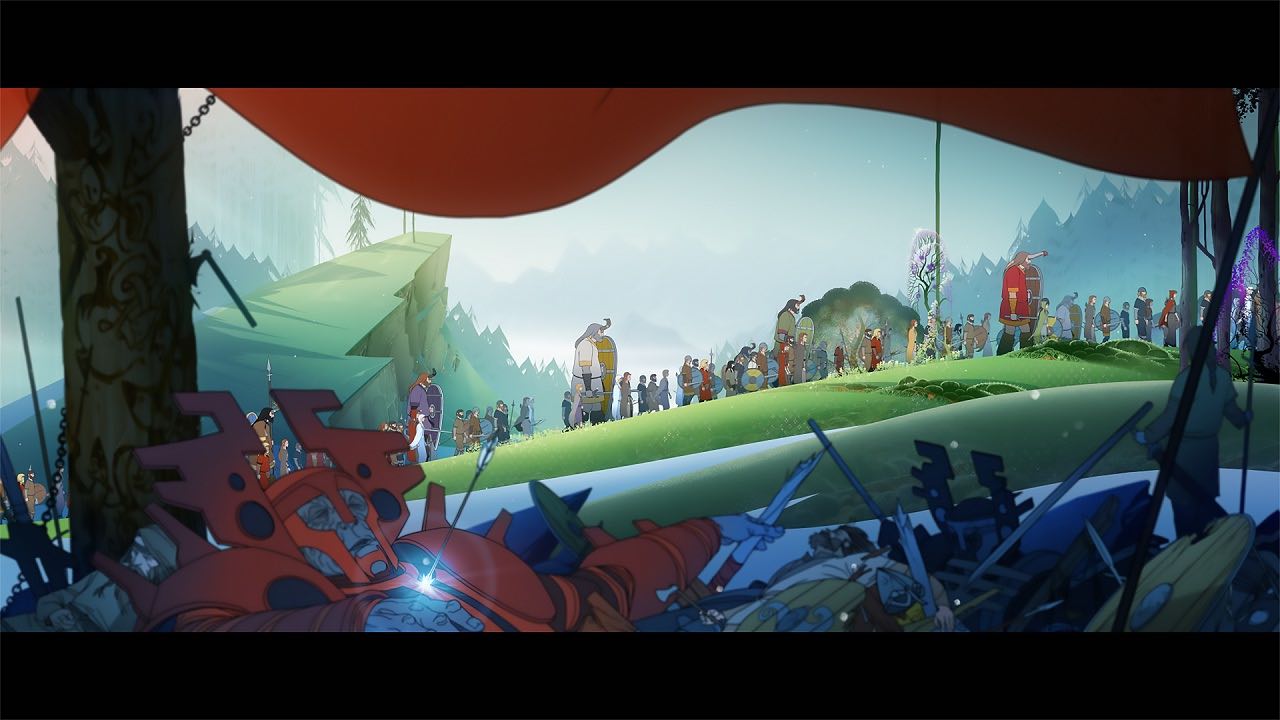 The world remains in chaos, and, now sailing aboard hastily-crafted longships, we pick up the story again when the caravan is ordered to land to take out the stone-armoured dredge that are assaulting riverside villages. It’s the chance to introduce new faces to the adventure, the earliest being Aleo the skald and, soon enough, the Ravens leader, Bolverk. With the sun still dormant in the sky, your clansmen have more than enough to remain fearful about – whether that be the dredge armies that maraud the lands, or the monstrously-sized serpent that burrows beneath the land.

The Banner Saga 2’s exceptional narrative continues to be woven around two threads that, early on at least, feel disparate from one another. The first is Rook, or Alette, as they continue to lead the caravan towards the capital, while the second follows Bolverk and the Ravens – mercenaries that the spellweaving Mender’s Council member Juno has hired to transport a suspiciously large, sealed cart. It immediately leaves the adventure with more than enough unanswered questions, and, while it takes time, you will have answers to some of them by the time that the credits roll.

Developer Stoic has continued to build on the strong foundation that they laid down in the first game, and, while I won’t retread everything that I have already detailed in my The Banner Saga review, it’s important to let you know about what’s new and improved. Right from the start, there’s a far clearer tutorial to guide you through the basics – useful whether you’re new to the game or continuing your adventure after a lengthy break. Armor. Strength. Willpower. Supplies. It’s all briefly touched upon, broken down in a way that the player can more easily comprehend. 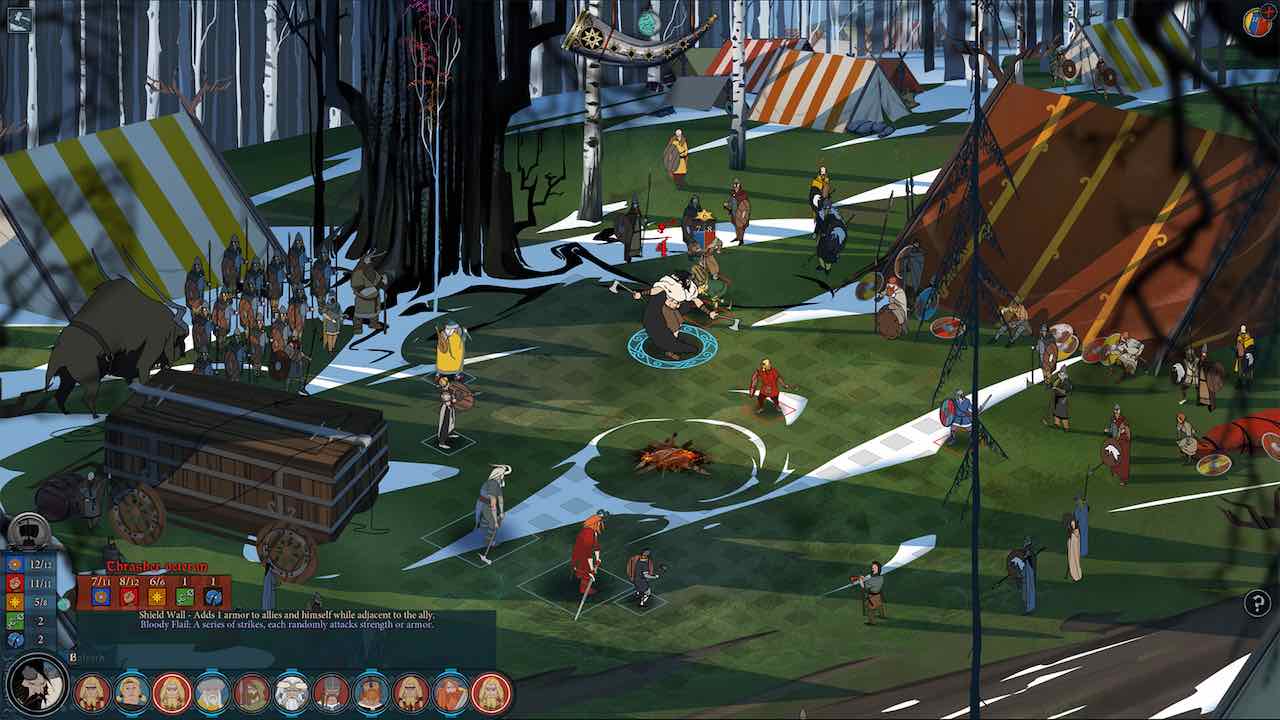 The turn-based combat still challenges your strategic thinking. Moving humans, varl and the new, centaur-like horseborn around tile-based combat battlefields, you will need to consider their weapon ranges, strengths and weaknesses in order to fell your enemies. The Training tent, whenever you make camp, can help genre newcomers to understand the gameplay mechanics in battle, but it still never reaches the point where it risks becoming overwhelming.

Aside from the horseborn and switching between the two unfolding storylines, the developer has thrown in new ideas to make these battle instances feel less repetitive. You will need to overcome obstacles on the combat board, while Bolverk, wielding his grey-handed axes Claw and Fang, makes two swipes when he attacks that risk damaging nearby allies. The skald, Aleo or Sparr, also sing songs if near an ally that delivers a killing blow, helping to replenish your Willpower, while the shieldmaiden Folka lends a defensive playstyle that is noticeably different from all of your assembled characters.

The breathtaking art direction continues to captivate, and some scenes, which I won’t spoil, as well as numerous locations, make a far more memorable impact than anything that you will have seen in The Banner Saga. Wandering beneath colossal godstones against composer Austin Wintory’s enchanting, and often otherworldly, soundtrack are standout moments of calm in the crazed madness of the events that happen.

The Banner Saga 2 continues to deliver a refreshingly personal experience, and, while some of the unpredictable events that transpire will undoubtedly astound, it is the rippling consequences of your own actions that keep you transfixed to the point that you will fret over every decision that you are forced to make. It has been a long time since a game has so readily impressed me across the board, and, with that, I now wait to see how the Saga comes to a close.