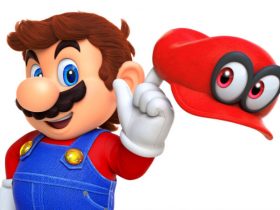 Super Mario Odyssey Will Be Playable At E3 2017

NIS America and FuRyu Corporation have shared a new trailer for The Alliance Alive HD Remastered on Nintendo Switch.

This introduces the role-playing game’s critical features in battle, highlighting the components for success and to survive the journey that lies ahead of you. Those are:

In The Alliance Alive HD Remastered, an age of darkness has befallen the world. The Dark Current, a cataclysmic event caused by the Daemons’ emergence, has decimated the population and divided the land into separate regions.

The survivors are left to be subjugated by Daemonic overlords, soon resulting in an unlikely fellowship of heroes banding together to fight back in an effort to reclaim their home and free their people.

You will have the chance to explore themed realms using ships, animal mounts, and flying machines, forming alliances with Guilds to bolster your strength and gaining access to new vehicles, areas, and magic.

There will be a The Alliance Alive HD Remastered Awakening Edition that will be made available – a launch day edition that contains a copy of the game and nine Night Ravens cutout paper dolls.

The Alliance Alive HD Remastered will release for Nintendo Switch worldwide in North America on October 8th, Europe on October 11th, and in Oceania on October 18th.