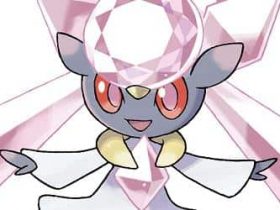 Mario Maker will place course editing tools at your fingertips next year, and producer Takashi Tezuka has shared his hope that it will “stimulate the imagination” of those preparing to create their own Mushroom Kingdom assault courses.

Pledging that they will implement “a system for sharing courses online,” Tezuka shared that Nintendo didn’t fear that it would diminish interest in the core Mario games due to how they are intricately structured and the new features that they continue to sprinkle in.

“What I most want to achieve with Mario Maker is to stimulate the imagination of the people playing it,” Tezuka explained to EDGE.

“I want them to try out their creations – sometimes getting an expected result, [and] other times, something completely different – and then use that experience to come up with even more creative things to try the next time.”

He continued, “In addition to the fun you can have making courses, I’m sure there will be people who want to share the courses they made with others, and also people who want to play on courses made by others. For these users, we will need to have a system for sharing courses online, one that’s tailored to Mario Maker.

“I think part of the fun of Mario is how you play and experience a series of courses, with boss battles too, all of which get progressively harder. Mario developers build up the whole world, making sure the different courses all fit well together. I don’t think the overall fun you can have with an entire Mario game is the same as playing a single course made in Mario Maker, and of course future Mario games will include lots of new feature… so I don’t think the two will ever be in competition.”