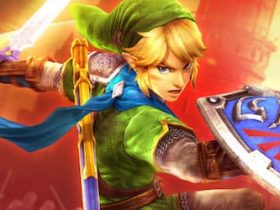 Serene and entirely at peace with itself, Tengami is unlike anything else that you will have played throughout the year. Taking place within the pages of a Japanese pop-up book, developer Nyamyam propel players on an atmospheric adventure that brings to life ancient fairy tales – the player looking to uncover the secret behind a dying tree, that once brightened its surroundings with luscious cherry blossom.

With purely touch-based input, you will playfully pull and tug at each page as you fold and slide your way through the adventure. It isn’t particularly perilous, players finding themselves faced with puzzles to deduct the solution to rather than any dangerous encounters with dark creatures that wouldn’t want you to reach the conclusion of your quest. 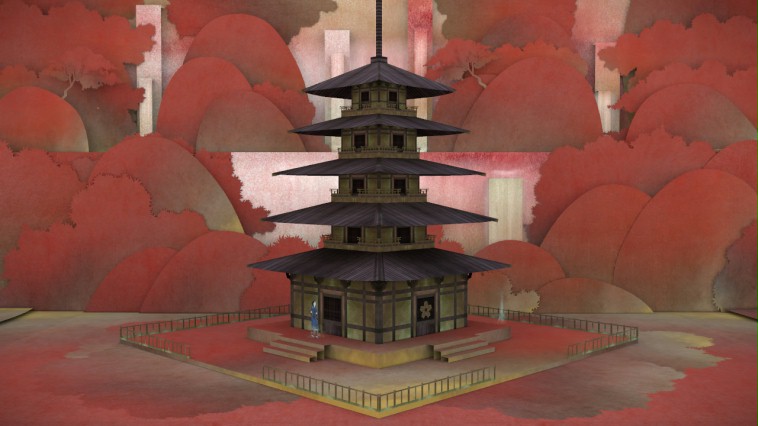 Designated points with white markers indicate where you can transition into another scene, seeing you wander through darkened forests, climb mountainous trails, and gently sail across an open lake.

It makes for a wondrously enchanting experience, the idyllic beauty of your surroundings being matched by a mesmerisingly Eastern soundtrack penned by former Rare composer David Wise – who worked on Donkey Kong Country: Tropical Freeze’s soundscape earlier this year. If arguments returned that games can’t be seen as art, Tengami could easily silence them all with a mere glance. Intricately designed and with clear care, it is a delight to simply see it in motion.

Not belying the game’s iOS origins, Wii U GamePad integration largely sees you, as mentioned, with stylus in hand. That also allows for Off-TV Play if you’re ever denied use of your main screen, while there are 10 Miiverse Stamps hidden away awaiting collection. It’s a welcome addition, even if they can’t be easily tracked and a lack of chapter select means that you will have to wander through the whole adventure to seek out any that are missed. 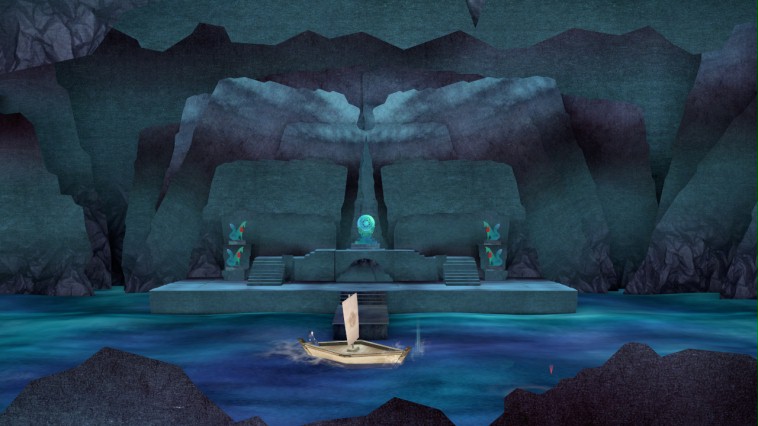 Despite all that papery goodness, Tengami is over just as it begins to enter its stride. My completion time was just shy of two hours, lengthened by the methodical plod of the Japanese character that you’re placed in control of. Match that with the puzzles regrettably lacking challenge, and Nyamyam’s captivating choice of direction suddenly begins to lose its magic. These puzzles, aside from being few and far between, will only momentarily risk stumping players by not providing clear direction as to their goal. Even then, a generous hint system means that you won’t be stuck for long.

But for those that value clear artistry, you won’t find better representation on the Nintendo eShop than in Tengami. It’s just a shame that the enchanting visual design isn’t made all the more memorable by a gameplay experience to match.