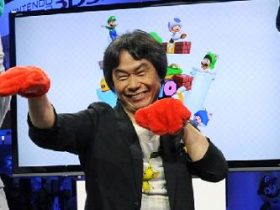 Miyamoto stepping away from Mario to work on smaller projects

The pizza-loving Teenage Mutant Ninja Turtles will once again descend upon the streets of New York, Activision have announced.

Developed by Magic Pockets, their latest adventure is a side-scrolling action-brawler bridging the gap between the show’s first and second seasons, and is set for Wii and Nintendo 3DS later this year.