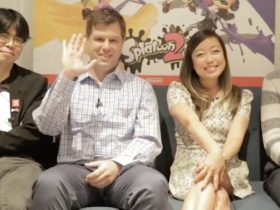 SFB Games has announced that Tangle Tower has been delayed on Nintendo Switch “due to unavoidable reasons.”

After someone is murdered in the highest room of the ominous mansion, the lead suspect is a shadowy figure that was found looming over the victim’s body. However, it was a painting.

In a digitally-painted world, in this murder mystery game you must uncover the secrets that lurk in the mansion’s darkest corners. Searching for clues and interrogating eccentric suspects, you must work to solve brain-bending puzzles.

Tangle Tower will release on the Nintendo eShop for Nintendo Switch worldwide on October 22nd priced at £15.49.