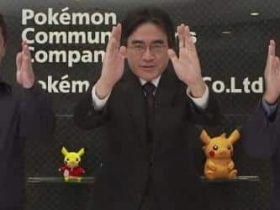 He discussed how their concept expanded, from choosing a walrus as a boss character, to sea creatures becoming broader enemies, to then theming them on Vikings.

From here, there’s discussion on the dynamic camera angle, Donkey Kong’s fur, and the return of Dixie Kong and a secret character. Each have their own unique abilities, with secret areas only being accessible to certain characters.