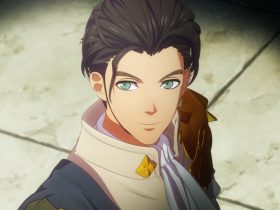 This small Metroidvania-inspired game stars a ghost hunter called Ruby, who, on Halloween, receives a job to take down specters in a haunted mansion.

However, it soon turns out to be more than a regular gig. With more than 50 rooms to explore, you must defeat six spooky bosses and rescue (and pet) the eight lost cats – using items to boost Ruby’s power and use different abilities.

Spooky Ghosts Dot Com will release on the Nintendo eShop for Nintendo Switch worldwide on October 2nd priced at $4.99.