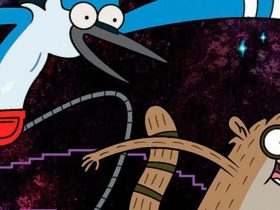 It turns out that the Australian Classification Board (ACB) issued a rating for Taiko No Tatsujin: Drum ‘N’ Fun last month, suggesting that Bandai Namco Entertainment has localised Taiko no Tatsujin: Nintendo Switch Version! for a western release.

That has seen the government body classify the Nintendo Switch exclusive with a General (G) rating, meaning that: “The content is very mild in impact. The G classification is suitable for everyone. G products may contain classifiable elements such as language and themes that are very mild in impact. However, some G-classified films or computer games may contain content that is not of interest to children.”

This would mark the first time that the drumming rhythm game has been released outside of Japan since the original Taiko: Drum Master, which PlayStation 2 in North America in October 2004.

The portable home console exclusive, which will release as Taiko No Tatsujin: Nintendo Switch Version! in Japan on July 19th, also has crossover content with Super Mario Odyssey, Splatoon 2 and Kirby’s Return to Dream Land songs. You can unlock the chance to play as an Inkling Squid or Kirby riding a Dream Star.

Bandai Namco Entertainment has promised to share “some amazing new announcements” in their “Play Anime!” panel at Anime Expo, which will take place on Sunday 8th July. It’s likely that we could learn more then.