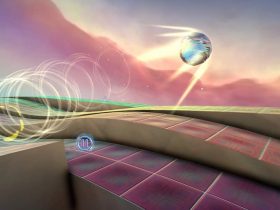 1C Entertainment has announced that King’s Bounty II is in development for Nintendo Switch.

This tactical turn-based RPG is set in the vast realms of Antara, where a mysterious blight has corrupted the land and those that live there.

Refugees have started to arrive in the kingdom of Nostria, placing a strain on food and resources. Blight-distorted creatures now roam the countryside, leaving chaos and destruction behind. With the land fighting for survival, it is up to you to forge Antara’s future.

Choosing from one of three heroes that each has their own unique story, you will set out on “a non-linear, open-world adventure” across a fantasy landscape.

Your time will be split between two phases. First, you will journey across the realm from a third-person perspective to pick up quests and explore the wilderness.

However, when you are met with conflict scenarios, the perspective will switch to tactical, turn-based combat where you will rely on your units’ strengths to emerge victorious.

King’s Bounty II will release on the Nintendo eShop for Nintendo Switch worldwide in 2020.