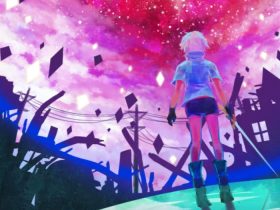 Plug In Digital and Cardboard Utopia have announced that Children of Zodiarcs will release on Nintendo Switch this week.

This story-driven, single-player deck and dice-based tactical RPG follows Nahmi and her fellow thieves after they infiltrate the chambers of a decadent noble to steal a priceless relic. However, what awaits is more than any of them bargained for.

Now pursued by city guards who are heavily armed with deadly Zodiarc weapons, they must make their desperate escape through gilded palace chambers, sun-drenched slums and dank underground catacombs.

Forced to battle rival bandit gangs, it soon becomes clear that they only have each other to depend on. To succeed, they must trust each other and use everything at their disposal while dealing with choices that no one should have to make.

Children of Zodiarcs will release on the Nintendo eShop for Nintendo Switch worldwide on 27th March 2020.