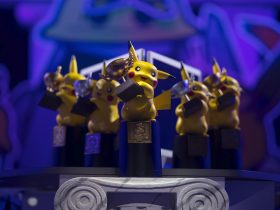 Tin Man Games has revealed that The Warlock of Firetop Mountain will release on Nintendo Switch, a fantasy RPG that’s based on Ian Livingstone and Steve Jackson’s Fighting Fantasy gamebook.

Now transformed into a tabletop adventure that’s come to life, there are new areas to explore, characters to meet and monsters to slay.

The characters that you can play as each has their own motivations for being in Firetop Mountain that will change how the gamebook is written and choices are presented.

You will descend deep into the belly of the mountain, where you will fight against digital miniatures in a simultaneous, turn-based system called GridBluff.

The Warlock of Firetop Mountain will release on the Nintendo eShop for Nintendo Switch.

It appears that something is loading on a #NintendoSwitch… pic.twitter.com/Wvcq2tlnVh