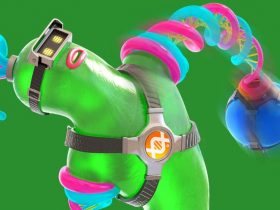 Benjamin Rivers has revealed that Worse Than Death will release on Nintendo Switch this week.

However, when unspeakable events throw the party into chaos, she must run for her life, solve brain-teasing puzzles, and escape from unseen enemies that are tracking her down — all in an effort to save her best friend, Flynn.

The game also uses rich, 3D positional audio that promises to “get under your skin,” as you uncover the terrible truths about Holly’s wretched hometown.

Worse Than Death will release on the Nintendo eShop for Nintendo Switch worldwide on October 8th priced at £8.99 ($9.99).