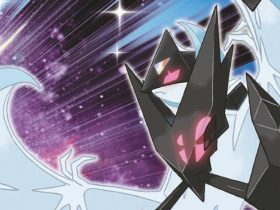 LINE Games and Studio LARGO have confirmed that Buried Stars will release on Nintendo Switch this month.

Gematsu reports that the survival adventure game will have Japanese and Korean voice-overs, with support for English, Japanese, Korean, Traditional Chinese and Simplified Chinese subtitles.

After the stage of a survival audition program unexpectedly collapses and buries the participating pop stars and staff, you must communicate with the survivors to discover a way out.

That will see you gather clues by studying their reactions in conversations and search for evidence left in their social media feeds, looking to unravel the dark secrets behind each character and the truth behind the accidence – with your decisions and actions leading you to different endings.

Buried Stars will release on the Nintendo eShop for Nintendo Switch worldwide on 30th July 2020.