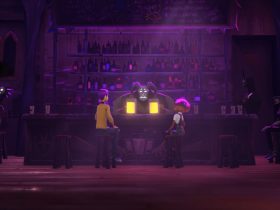 Nintendo has announced the next in-game Super Smash Bros. Ultimate event will start this weekend, which, once again, will see certain Spirits appear more often on the Spirit Board.

The theme this time is “Fire Emblem Fest – Part 1” with the event running from 6am on Friday 21st December to 6am on Monday 24th December 2018.

“Spirits from the Fire Emblem series have set up camp on the Spirit Board! Some spirits appearing in Part 1 and Part 2 will vary. Defeat them in battle to earn more SPirit POints than usual,” Nintendo explains.

“In this part, the Legend-class Caeda and Azura, plus the Ace-class Eliwood and Eirika, will also appear at set times. Part 2 is planned for next month, so keep an eye out!”