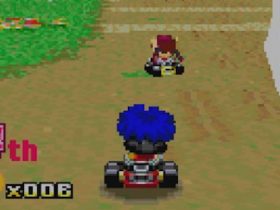 There was concert about how Super Smash Bros. for Nintendo 3DS, would successfully transition the mascot brawler to handheld, but it’s seemingly defied expectation.

Nintendo’s Financial Results Briefing saw Satoru Iwata share that sales have now surpassed 6.19 million units, hoping that word-of-mouth will continue to allow them to pick up.

He continued, “Before the release, some were skeptical of the sales potential of Super Smash Bros. for handheld devices because the series had been popular for home consoles, but the steady sales of the title even today have proven it untrue. The quality of the title has also been highly praised.

“The Super Smash Bros. series is not as popular or well-known in Europe as in Japan and the U.S. This is why the initial sales of Super Smash Bros. for Nintendo 3DS were not strong in Europe. As the time goes by after the release, however, the sales have picked up thanks to word-of-mouth.”

Super Smash Bros. for Nintendo 3DS was recently patched to Version 1.0.5, adding in amiibo support for those that own a new Nintendo 3DS.