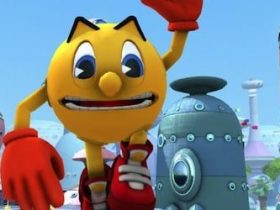 Announced for Europe alongside gamescom 2014, Nintendo of Australia have confirmed that the Super Smash Bros. 3DS XL will be arriving in limited numbers.

With pre-orders opening through EB Games Australia’s website next Wednesday, this is a red Nintendo 3DS XL emblazoned with a Super Smash Bros. motif featuring the illustrious roster of characters. However, unlike Europe, it won’t be pre-installed with a copy of Super Smash Bros. for Nintendo 3DS, meaning that you will have to purchase the brawler separately. Although it does appear, at least, that it will include an AC Adapter.

Super Smash Bros. for Nintendo 3DS will launch across Europe and North America on October 3rd, and in Australia on October 4th.