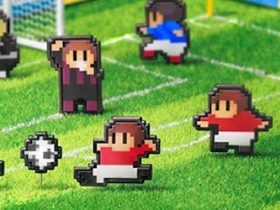 Now nearly a month away from release in Japan, Nintendo have kicked their television advertising into gear across the country.

The blistering 15-second clip shows key characters from the brawler’s roster, before briefly thrusting them into combat with one another. It’s short but sweet then, but will surely be followed by a more fully-fledged spectactle that will see the 3DS title put through its paces.

Super Smash Bros. for 3DS releases across Japan on September 13th, and in Europe and North America on October 3rd.