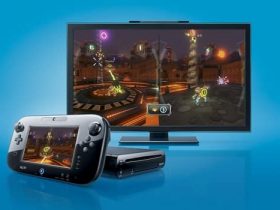 Super Smash Bros. for Nintendo 3DS is now but a week away from its Japanese launch, and Nintendo continue to step up their TV advertising to support it.

While early adverts presented a barrage of gameplay footage, this latest effort takes a well-humoured angle. We see groups of players tussling with each other in local multiplayer matches, knocking each other into the skies with a mighty whack.

Super Smash Bros. for Nintendo 3DS will launch across Europe and North America on October 3rd.