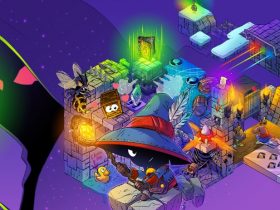 Super Rare Games has teamed up with Two Tribes to release the Two Tribes 2001-2019 Mega Pack on Nintendo Switch.

In looking to celebrate the developer’s 18-year history, this contains both the Toki Tori Collection and RIVE: Ultimate Edition in a custom-created box and on separate game cards.

The Toki Tori Collection includes Toki Tori, Toki Tori 2+, and Toki Tori Game Boy Colour Version, while RIVE: Ultimate Edition will have RIVE, Swap This!, and a demo for the unreleased Three Tribes.

RIVE: Ultimate Edition
The metal wrecking, robot hacking shooter you’ve been waiting for! Blast your way through insanely spectacular battles in this hard, fast and hilarious action game. Exclusive to the Ultimate Edition are Copilot Mode, HD Rumble, new achievements and countless tweaks and improvements to the overall experience.

Toki Tori
Toki Tori is a longstanding puzzle game series created in 2001 with the release of Toki Tori for Game Boy Color. The rather chubby titular yellow chicken needs to overcome his physical limitations to solve puzzles. The most recent release, Toki Tori 2+ Nintendo Switch Edition, updated and perfected the Toki Tori experience.