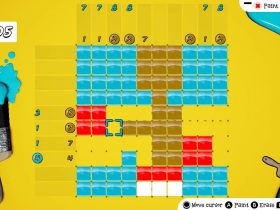 Paint The Grid In Piczle Colors On Nintendo Switch

The last time that I had attempted to throw a ping pong ball across a room and into a cup was playing Beer Pong, which, I’m sure, will be the same for many. Whether hazy student days, boozy work parties or birthday celebrations that descend into drunken chaos, the drinking game has become a party favourite regardless of whether alcohol is actually involved, thanks to our inherent determination to succeed and to have our accuracy and hand-eye coordination challenged.

Super Ping Pong Trick Shot successfully taps that same addiction, testing your ability to angle and power your throw as you chuck a ball across a room to, hopefully, safely land in a cup. This game, which comes from Japanese developer SIMS, was an idea that was previously explored last year with Ping Pong Trick Shot on Nintendo 3DS, but has been iterated and improved upon for Nintendo Switch. 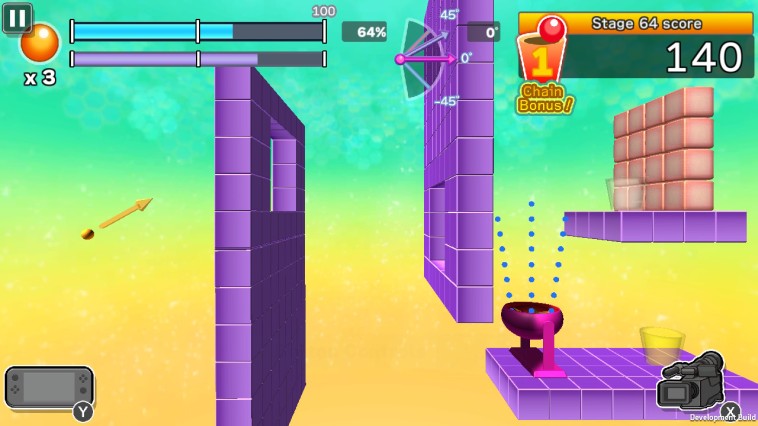 It’s also another annoying Nintendo eShop release for the portable home console that does not support the Nintendo Switch Pro Controller or the Joy-Con Grip, causing momentary confusion after I first loaded the game. That comes as an oddity, though, seeing just how many control schemes that you can choose between in Super Ping Pong Trick Shot. Whether that be button controls with the Joy-Con attached or with split Joy-Con, flicking, tapping, and pinching the touchscreen in Handheld Mode, or even gyro controls, it could be perhaps argued that too much effort has been made here, seeing as the game is distinctly average.

The single-player experience is split between Challenge and Score Attack modes. With 80 increasingly difficult stages to work your way through, Challenge mode will present you with one main mission and three sub-missions in each. The main mission must be cleared within 15 balls, with the sub-missions more easily being seen as optional challenges that will reward you with bonus stars – such as throwing the ball into the cup without bouncing, or bouncing it off a block before it lands in the cup. Whereas, in Score Attack, you will be handed 15 balls and must aim for the highest score in each stage – landing balls in the cup on after another will trigger a Chain Bonus, and, well, that’s it. 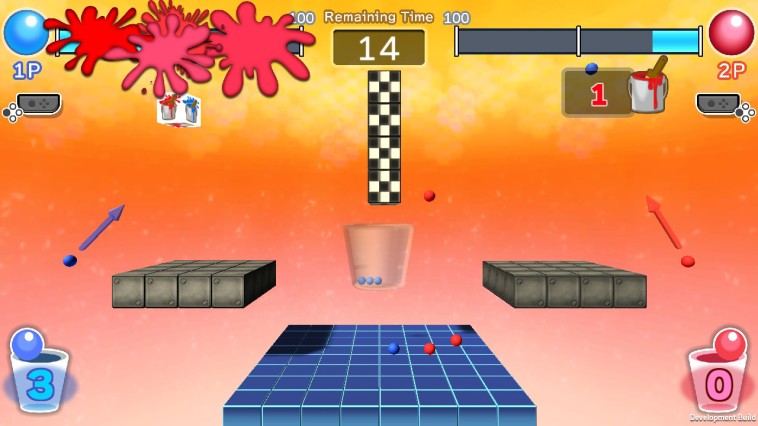 You simply set the angle and power that you want to throw the ball at, which is a two button process. But, your choices are saved on the gauges as a reference point for you to finetune your next throw. The developer then introduces objects and blocks that force you to approach each stage in Super Ping Pong Trick Shot differently. That can be metal blocks that make the ball bounce higher, a warp that teleports it between two areas, or fans that can influence its direction thanks to their gusts of air. It doesn’t make the experience any more exciting, though, and that’s where the experience continues to falter.

Even pitting two players against one another in the Vs. Mode isn’t that entertaining, a competitive experience where you are challenged to throw more balls into the cup that your opponent in 60 seconds. Special items can raise a smile on occasions- such as the Annoying Paint that covers up your opponent’s power gauge temporarily or the Annoying Block that obstructs their throw with a block, unsurprisingly – as you look to score points in white, yellow, blue, and red coloured cups.

And, that’s it. Super Ping Pong Trick Shot certainly has an addictive gameplay loop but it exists within a mediocre experience that fails to ever truly engage and maintain your interest. Even Paper Toss is more entertaining, however mindless it is.