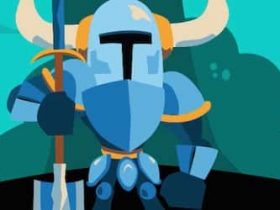 Super One More Jump is, simply put, a one-button platformer based on instinct, timing and reaction. Your avatar is a tiny cube, which can be fashioned in a number of different skins unlocked over time. Pressing a button, any button, in fact, will start it sliding in one direction. Tap the button again and it’ll do a jolly little flip in the air, it does a small smile, it loves its little life of leaping about. But, it can only slide on the grey surfaces, if it touches any others it’ll burst into pieces forcing a restart. Obviously, the idea is getting to the end of the levels.

What starts as a simple game that would doubtfully trouble many players soon becomes a devilish feat of repetition and memorizing of layouts. It’s not long and you’ll be tasked with dodging moving platforms, hitting switches that open new paths and using momentum to slingshot around obstacles. The leaping is reminiscent of the gravity in games like VVVVVV and the Super Mario Galaxy games. Jumping off of an edge will see you parabola through the air and land safely on the underside of the platform, if it’s grey, remember. 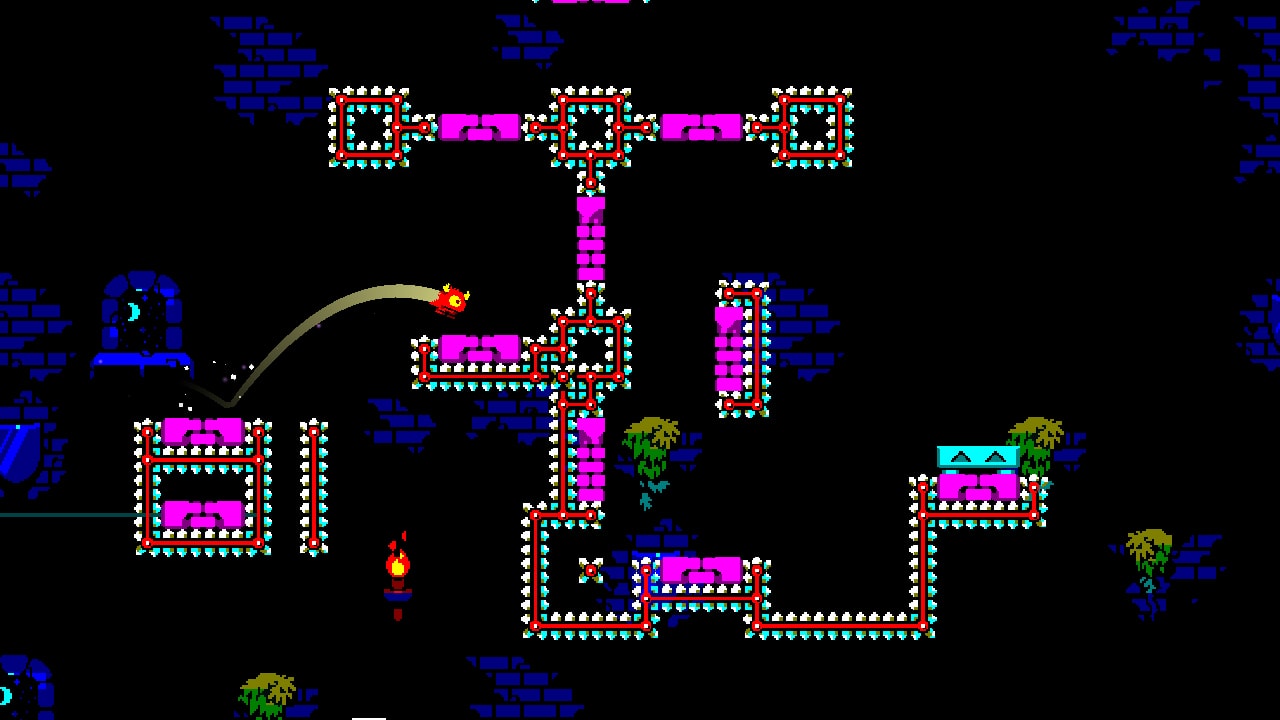 Littered through the short levels are three blue diamonds, which, if collected stack up to open more worlds – which can also be re-skinned – and of course present more of a challenge. Interestingly the diamonds don’t all need to be grabbed in one run. You could grab one or two, finish the level by hitting the goal and then re-enter to swipe the one you missed.

Everything is about timing in Super One More Jump. Hitting jump at the wrong time will often result in death, which is slowly totalled up on the side of the screen, unless you’re playing in practice mode. When things go right, it’s a superbly frantic title that keeps you on your toes and causes adrenaline to spike. However, a large part is getting things wrong, learning the way the cube flies through the air and the layout of the levels so you can come back in and ace the course.

There’s plenty of life in the concept, as the many levels display. Each level in every world can be played in a number of ways; standard, mirrored, in the dark and with the map rotating as you move. There’s no worry about collecting the diamonds over again, the changes add some freshness to each playthrough, but don’t really push the player. I’d have liked to see some extra hard modes forcing you to collect all diamonds in one run or to recollect them in the dark. Maybe moving them to new points in the mirrored sections would ask more of the player. 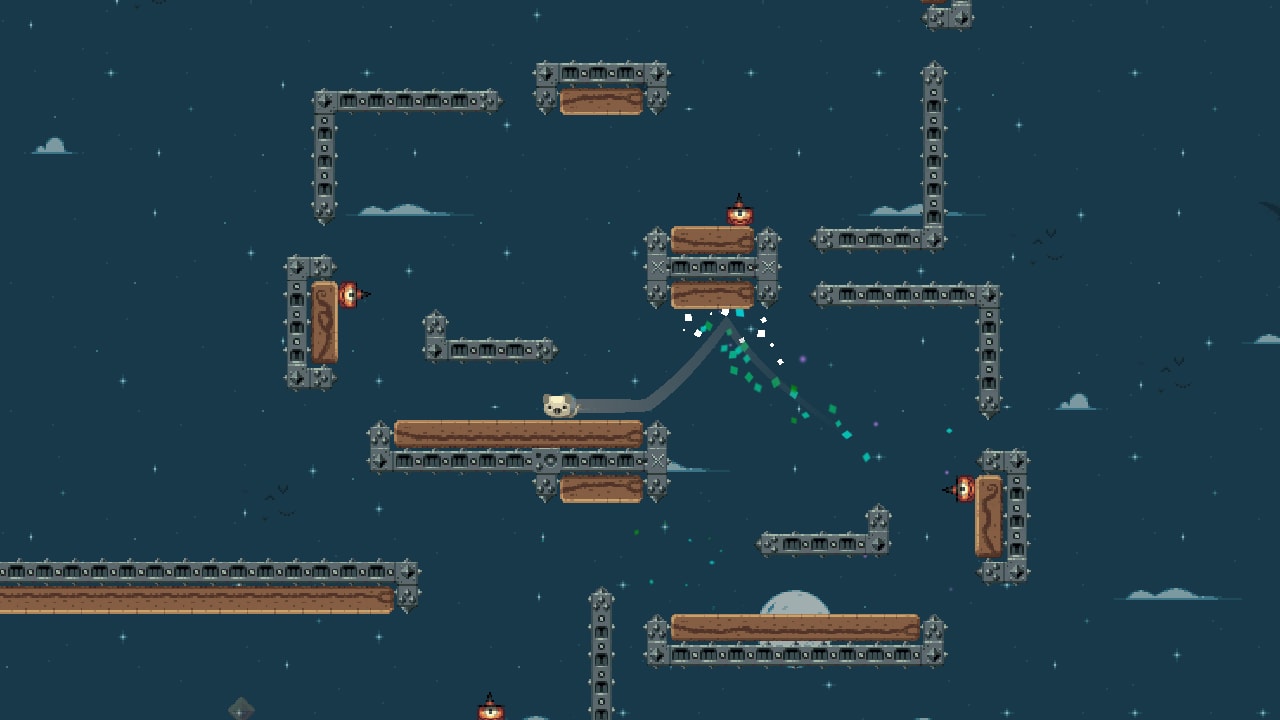 Perhaps the most genius design decision is in the Endless mode. A game type that tasks you with getting as far as you possibly can before you crash and burn. The beauty here is the randomisation of the platforms and the obstacles, meaning that each Endless run will never be the same. And it’s here that the game comes alive, because you are literally relying on reaction and being able to read the level ahead of time.

This crazy enjoyment also transfers to multiplayer modes. The endless mode is there for two players, so you basically race it out against each other to see who can get further. That’s a blast, but it’s nothing compared to co-op mode. I should preface these next few sentences by saying I played this in the pub and drinks were had. In co-op mode, one player handles the jumping when the avatar is on green platforms and the other takes control on pink platforms. This can be played with four people, but I could only play with two. The brilliance of this mode is not knowing exactly when your co-op friend will press jump, so you really are working together to reach the end of the level. We ended up turning it into a drinking game – whoever missed a jump and died, took a drink. I don’t recommend this behaviour and I’m sure our editor doesn’t either.

This is a game that has no right to be as much fun as it is. It should be one of those titles that’s ultimately forgettable – something that feels ported from mobile devices, but Super One More Jump is a bunch of fun with one player or more and it has that perfect ‘one more go’ attribute.